Getting ready for the party

We have a camping weekend/BBQ at the smallholding in a fortnights time, and have been desperately trying to get the waist high grass, ragwort and weeds sorted.
There have been a few challenges with the strimmer that our friend Sue had borrowed for us, namely that every time Dan touches or even looks at it, it breaks.
However, Sue had managed to get a fair amount done, and I did three hours today(before the strimmer broke, again!), so now we have an almost ready field. Well, you can see your feet at least! 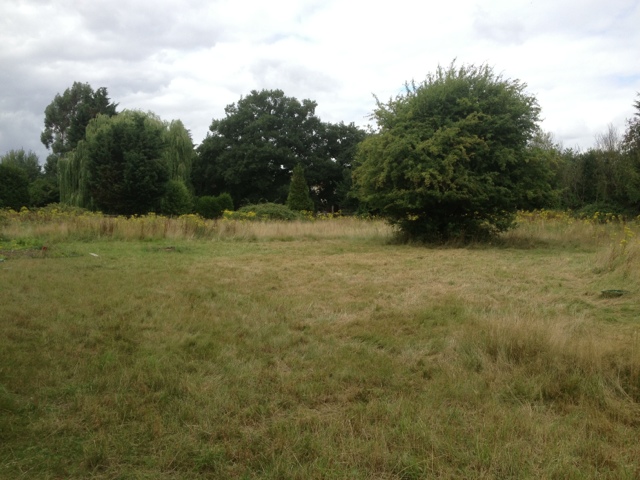 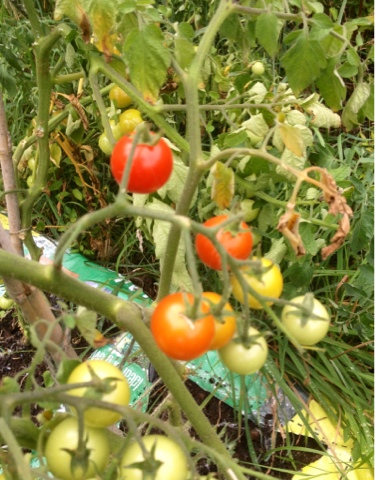 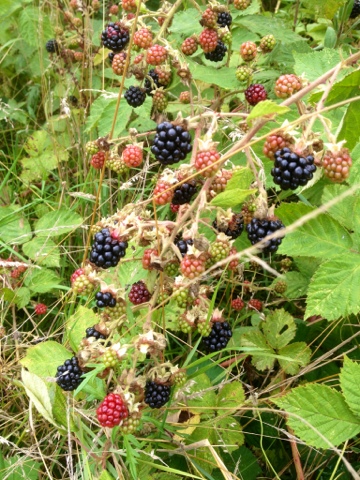 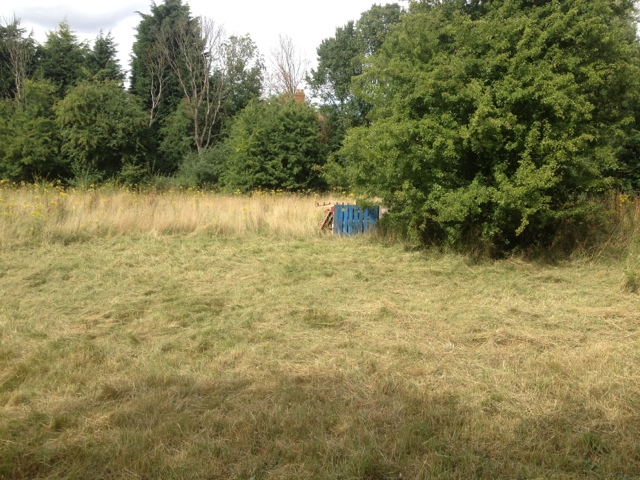 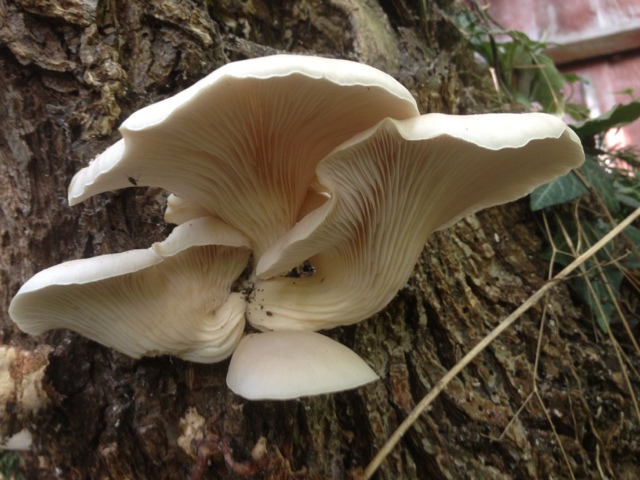 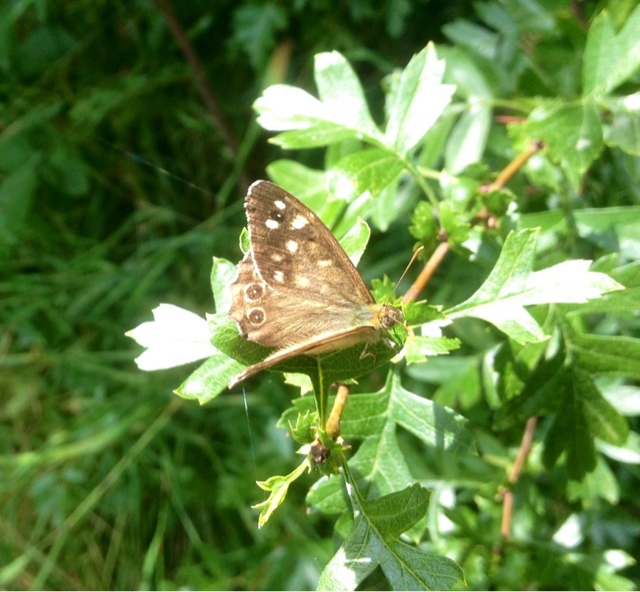 We have water issues at Runwell Glebe, for the moment at least. Once we get livestock on the site we'll be buying huge water containers with handles to take up there every day, but for now we are watering the veg with empty vegetable oil drums filled up at the house. It's a bit of a challenge.
The weeds are also out of control at the moment, what with all the glorious sun we've had alongside regular rainy days everything is very very green. The good news is, our veggies are also rampaging!
The herb garden 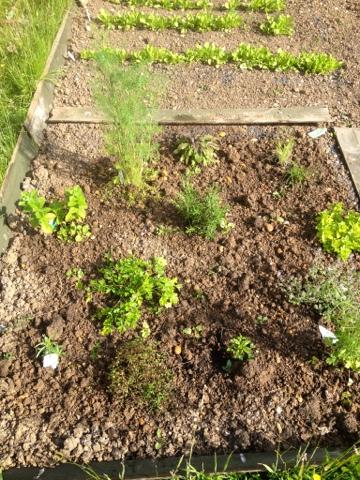 The onions and potatoes 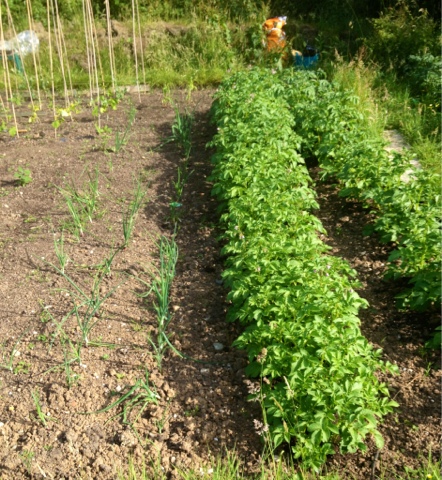 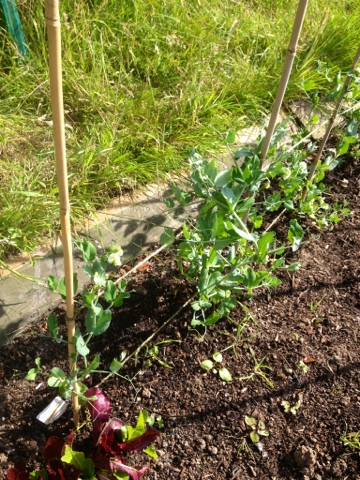 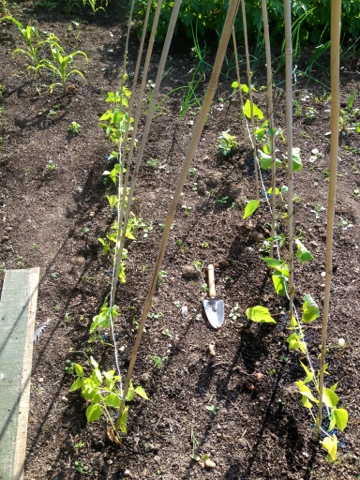 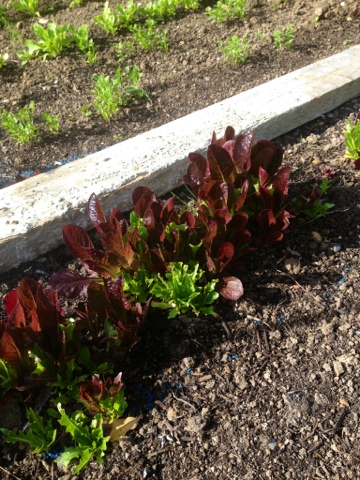 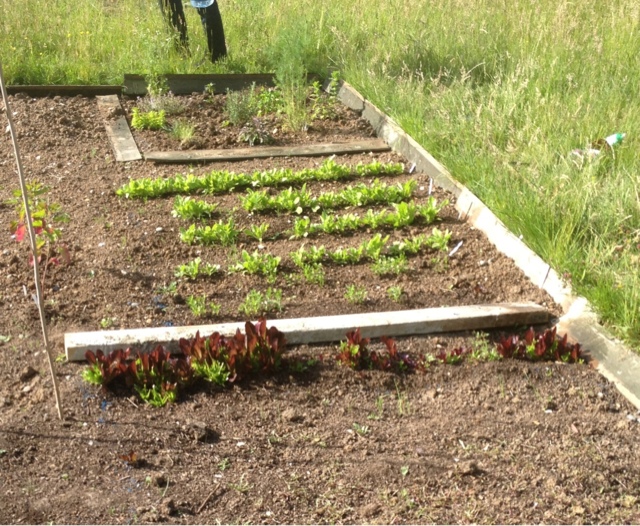 I had a few days booked off work this week because it was both mine and Isobel's birthdays, so Dan and I decided to pitch the tent at the smallholding and camp out on the Thursday night, as the children were all at their Dad's.  We were expecting rain so pitched the tent in the morning. Nothing worse than putting up a tent in the hammering rain. 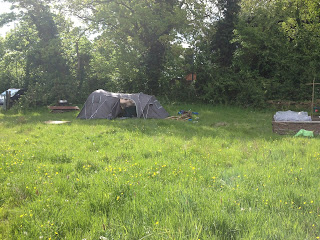 We had the most fantastic evening; we had a bonfire, music, a BBQ, plenty of alcohol and a reasonably cosy bed(was bloody cold at 2am though). 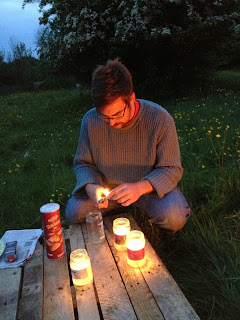 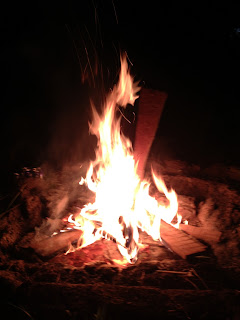 The dawn chorus started at around 4am and I have never heard anything like it, the birds were so loud! A nice way to wake up on my 33rd birthday though. 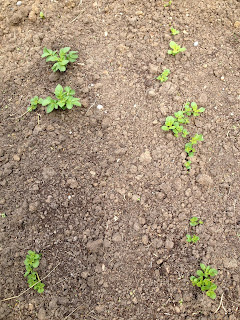 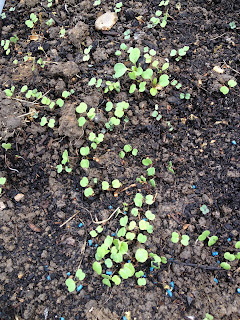 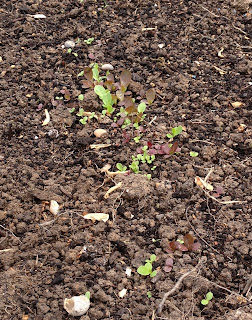 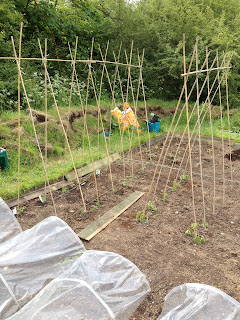 And a sea of buttercups! 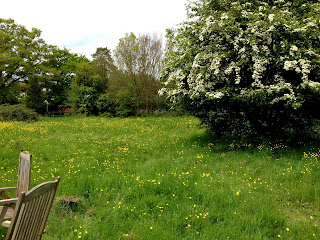 After Dan spent a week doing the back breaking task of taking off the turf with a spade for the 30 foot x 30 foot veg patch, our friend Sue managed to borrow a rotavator and we got to work chopping it all up and digging compost in.  Not surprisingly, it didn't take a week with machinery to hand! 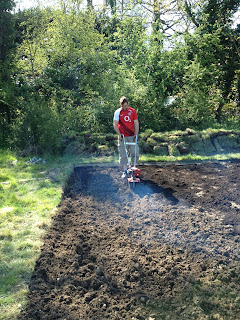 Edging boards are almost all in place now, and salad seeds and onion sets and seed potatoes were all planted and watered. 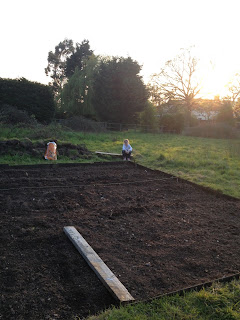 We still have pea, bean, tomato and sweetcorn seedlings and a whole array of herbs to build the herb garden at some point in the next few days.  We've had plenty of sun and rain, and we haven't been up there for a week, so maybe we'll have some little green shoots peeking through when we visit. 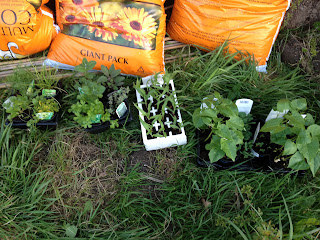 I really have no idea when on earth we are going to actually get our pigs, as we still haven't built their pen, which is saddening.  I want them in for the summer really so we need to get cracking but I just can't seem to find the time or the money this month.  Maybe we'll go for chickens first as they are easier and cheaper to get started with.
Posted by Laney at 11:04 1 comment:

We've been waiting...and waiting...and waiting some more, for the awful weather to pass.  We had snow, then rain, then more snow.  Our original vegetable patch, in the sunniest part of the plot, is also where all the water runoff collects, so it just turned itself into a duck pond as soon as Daniel dug it.  On the plus side, we are going to get some ducks to go in it!  May as well turn it into an actual pond. 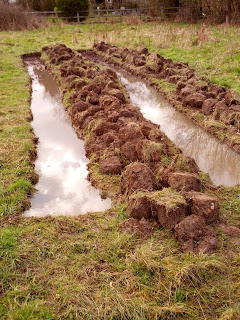 So after much consternation and debate, we've moved the veg patch to the other side of the meadow, and Dan has worked his little socks off getting it done before the end of April as panic is setting in about getting the potatoes in. 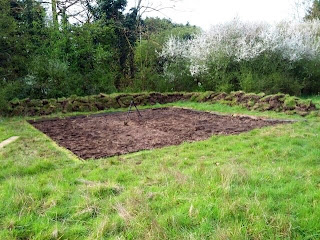 So we shall be starting an extensive catch-up planting session on Wednesday morning, I just hope we're not too late to get a decent amount of growing in and still get a good harvest in the autumn.

We've also had a bit of a bumper few weeks with finding scraps of wood and fencing.  We are going to be building a LOT of fencing this month, and the less we have to pay for, the better.  We've found fence panels, pallets and scaffolding boards. 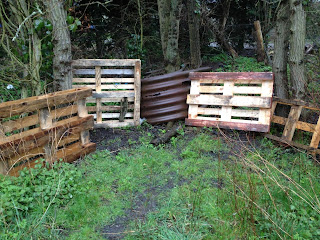 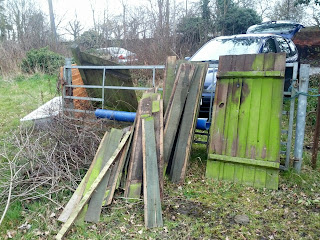 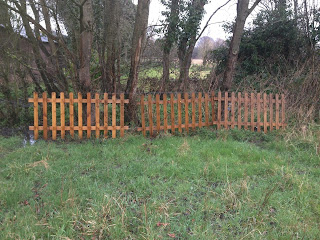 
This is my first blog post about Runwell Glebe. This week we have gotten our first animal. Our aim is to have pigs, chickens, turkeys and possibly ducks for our first year at the Glebe, so we went out and got ourselves….. 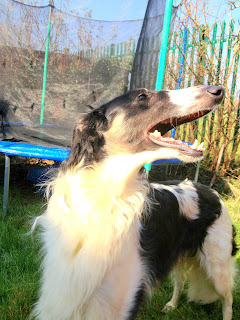 As you can probably guess this wasn't in our immediate plans for the small holding lifestyle but our dream dog of a Borzoi became available.

Borzoi’s are Russian Wolf hounds and look like the bastard offspring of a llama and a greyhound. They are classed as a giant dog and reach around 30” at the shoulder. Borzoi’s traditionally have been very popular with Royalty and the aristocracy so we’re hoping he can make us act in a more genteel way, although I'm not sure how genteel we can be shovelling pig poo! 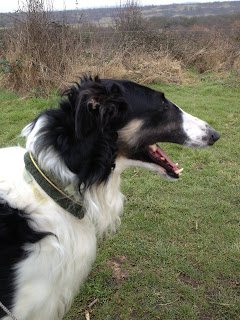 As far as the rest of the work at the Glebe goes, we have planted our first 5 trees and are hoping to plant potatoes this week.